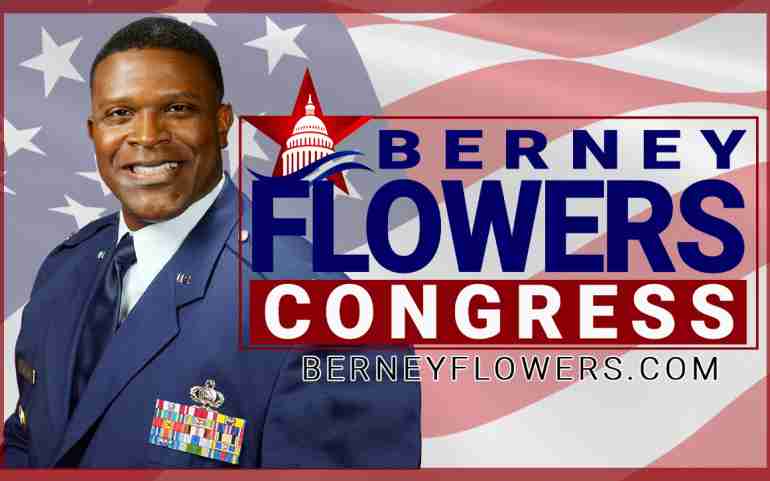 Please check out my remarks the in the Baltimore Sun Voter Guide.

What is the most pressing issue in your state or district?

The most urgent issue is the lack of accountability in our government institutions. Our government has become too bloated, too favorable to those who are well connected, and too disconnected from the lives of everyday folks. We see our education systems, particularly those in underserved communities, fall in disrepair and see our government leaders cite every excuse for why our public schools are not performing to a higher standard. We also see cronyism incentivizingour government leaders to pick and choose the winners and losers in our current economy. While some benefited greatly from particular government actions, others are left to foot the bill through inflation, taxes, and red tape. In Maryland, we have seen industries that could aid our citizens, pushed through misguided taxation and overregulation. It is time that we do away with the nonsense of government overreach. It is time to restore accountability to our public institutions.

What does the U.S. need to do to combat climate change?

Climate change is, no doubt, a serious issue, which merits more than a one-trick pony solution, cap-and-tax. As the next congressman for District 2, I would advocate for measures to protect our natural environment, namely our endeared Chesapeake Bay and its accompanying waterways. I would also advocate for measures that rightfully compensate and support small business owners for regulatory takings. Most importantly, I would fight to restore to Congress the authority to set the National Ambient Air Quality Standards and modernize permitting processes under the National Environmental Policy Act so that it can no longer invite frivolous lawsuits, thwart needed projects, and ultimately kill jobs.

How do you assess the United States’ response to the Russian invasion of Ukraine?

Unlike my opponents, I spent significant time in the Ukraine during my military service. My perspective on the Ukraine situation is unique and affords me insight on the situation. I fully support diplomatic and humanitarian relief efforts to the people of the Ukraine. I also support maintaining sanctions against the Russian government for its actions in the Ukraine. My support stops when it comes to deploying military hardware and troops to the Ukraine. As evidenced by our country’s history in Afghanistan, Iraq, and even Vietnam, our involvement in foreign wars often produces negative results. There is a lot of need at home in Maryland, and engaging in conflicts on foreign lands is not always the wisest solution. I think we should re-examineour previous diplomatic efforts to make Ukraine a NATO member in addition to doing what we can to help lay out an exit route for this senseless war.

What should the U.S. do regarding the legal status and prospective citizenship for undocumented immigrants living here?

As a former senior civil servant working in the U.S. Department of Homeland Security, I am aware of the issues that face our country with the influx of illegal border crossings every day. The massive number of undocumented immigrants already in the U.S. is now becoming more serious with the number of undocumented immigrants coming every day. We must find a viable solution to secure our border and take a serious account of our country’s capacity to absorb this large influx of undocumented immigrants. As a congressman, I will fight to curb the tide of illegal border crossings. I will advocate for federal-state partnerships to protect our neighborhoods from criminals, violent gangs, and human traffickers, particularly those who illegally overstay their visas or cross our borders. Our country’s security should not be compromised by the current administration’s failure to secure our borders and its reticence to enact real immigration reform..

How would you describe what happened at the U.S. Capitol on Jan. 6?

It was an unfortunate event that I wish never happened.

What should the U.S. do now to prepare for the next pandemic?

What’s the right balance for U.S. transportation spending between roads and transit?

Urban rail projects tend to be large and distinct while road projects tend to consist of numerous, smaller efforts. Often roads win out. And with transportation generating 30% of U.S. greenhouse gas emissions and gas prices rising higher, there is an urgency to build more public transit. Why does building transit infrastructure cost so much compared to other parts of the world?Research doesn’t point to a single cause. Instead, a confluence of factors have contributed, from project over-design to inefficient project management to misaligned politics. The balance between roads and transit needs to consider that we are losing with the current system. Fewer projects mean less expertise among agencies and less public familiarity with the kinds of transit projects the country needs, raising the chances that neighbors will protest. We need to aggressively start a slate of projects and be mindful of the hazards of cost overruns.

What would you have the nation do to better address income inequality?

I strongly believe that the best solution for income inequality is to restrict the role of government interference and simplify our taxation system. At present, we are at a 40-year high in inflation. Rising prices on food, clothing, and gas hurts the poor and middle class far more than it hurts the rich. For too long, we have had politicians trying to manipulate our economy with little consideration to the impact of inflation. Secondly, I think that our taxation system is simply too complex. We need something simpler. A flat tax would make sense. It would boost a culture of savings and hit those individuals and corporate entities who are more inclined to spend more. All Americans should all have “skinin the game”, so to speak. I believe that a Flat Tax would stimulate our economy and force government to live within its means.

Describe your position on the Electoral Count Act, which would put ‚Äúguardrails‚Äù around the certification of presidential elections?

People agree that our process for electing leaders is flawed. After the 2020 presidential election, there was mass uncertainty and ambiguity surrounding the results. This led our country to a partisan argument surrounding certain fundamentals of our electoral process. We can avoid this confusion in future elections by updating a critical piece of legislation: the Electoral Count Act (ECA). While the law seems a bit antiquated, there are currently bipartisan conversations happening in Washington to reform it. These reforms include increased funding for the Election Assistance Commission, increased protection for election workers, and enhanced funding for data monitoring and collection.They also includemovingback the date of the electoral college meeting date to give states time to complete recounts and challenges. Any challenges could be resolved by a special three-judge panel with direct appeal to the Supreme Court. We need to update the ECA and enact these reforms.

Who’s your top choice for president in 2024 and why?

My top choice for president in 2024 is whomever becomes the Republican nominee. I fully support the principles of our party–strong families, individual freedom, fiscal responsibility. These principles have guided me from being a kid in a small rural town in North Carolina’s “Tobacco Road” to joining the ranks of America’s senior military and government officials. These principles have reminded me that the American Dream is alive for those who wish to navigate past their challenges and work hard to defy the odds. I sincerely hope that our next president is someone who can champion the causes of liberty and freedom to ensure that every voice is lifted. Sadly, the current administration seems more disconnected from the average American and too focused on championing the causes of those who are well-connected than those who are left behind. We can, and should do better in 2024.